Pierre-Auguste Renoir and his paintings 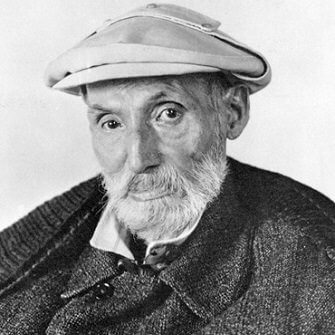 Pierre-Auguste Renoir was among the central artists who launched the Impressionism movement in the 1870s, but the name of the movement was originally an insult, and its initial exhibition was unsuccessful.

One of the most highly regarded artists of his time, Renoir was born in 1841, in Limoges, France, and started painting at age 13 after becoming an apprentice to a porcelain painter.

He was a student of Swiss artist Charles Gleyre, where he met artists Claude Monet, Frederic Bazille, and Alfred Sisley, all of whom would become leaders in the Impressionism movement. Through his friend Monet, he met such emerging talents as Camille Pissarro and Paul Cezanne.

Renoir's early works depicted real-life scenarios and featured pleasant, light themes. He was known as a master at facial expressions. He combined his technique of broken brush strokes with brash colors to portray light and movement of the subject. He enjoyed painting figures, particularly of women.

Early in his career, Renoir often sketched on the banks of the Seine River with Claude Monet. There, they developed the technique and experimented with the bright colors that became central to Impressionism.

His own inspiration came from a number of artists and movements. Early on he was greatly influenced by Edouard Manet, who like the Impressionists was unsuccessful in having work displayed in the Salon, and Gustave Courbet's realism. Later, he was exposed to the works of Rococo masters such as 18th century master François Boucher, Jean-Honore Fragonard and Jean-Antoine Watteau; the colorism of Camille Corot and Eugene Delacroix; and the sense of movement of Edgar Degas.

In 1874, Renoir and some friends, including Claude Monet, Camille Pissarro, Paul Cezanne and Edgar Degas,exhibited their work in Paris on their own in a show that would later become known as the first exhibition of Impressionism. A critical review of the exhibition complained that the works, which used brilliant colors and light to depict real life, were "impressions," rather than finished paintings created using traditional methods.

The Impressionists were considered radicals for breaking rules of traditional forms of painting, but the movement caught on and led to others, including Neo-Impressionism, Post-Impressionism, Fauvism and Cubism. As a leading figure of the Impressionist group, Renoir evolved a technique of broken brushstrokes and used bold combinations of pure complementary colours, to capture the light and movement of his landscapes and figure subjects. One of the best known Impressionist works is Renoir's 1876 Bal du moulin de la Galette, an open-air scene crowded with people at a popular dance garden on the Butte Montmartre near his home.

Renoir, who painted thousands of paintings, is known for depictions of children, voluptuous women, flowers and peasant scenes. The rheumatism that caused his fingers to curl in the 1890s didn't stop him from his passion; he strapped a paintbrush onto his wrist and kept working until his death in 1919.

After 1890, Renoir returned to thin brush strokes to dissolve outlines. He focused on monumental nudes and domestic scenes, including "Grandes Baigneuses" (1887) and "Girls at the Piano" (1892).

His profile in the art world grew through Salon exhibitions, but he struggled to make a living, sometimes not having enough money to buy paint. He sought commissions and received help from friends and mentors, and from supportive patrons who introduced him to influential people, some of whom commissioned portraits. One of those commissions, "Madame Charpentier and her Children," was featured in the Salon in 1879 and received high critical acclaim.

The money from his commissions made it possible for Renoir to take several journeys in the early 1880s that brought him inspiration and influenced his art. Around the 1880s Renoir visited Italy, Holland, Spain, England, Germany and North Africa. He deeply admired works by Leonardo da Vinci, Diego Velazquez, Titian, and Peter Paul Rubens, and following the visit to Italy, Renoir's style changed, becoming more linear and classical. In about the same time, Renoir also visited Algeria, the south of France, and Italy. In Naples he painted three of his masterpieces: "Dance in the Country," Dance in the City" and "Dance at Bougival." He also painted a portrait of famous composer Richard Wagner.

Art is about emotion; if art needs to be explained it is no longer art. ”
- Pierre-Auguste Renoir

The largest collection of his work, 181 paintings, is at the Barnes Foundation in Philadelphia. The highest price paid for a Renoir painting was $78.1 million in 1990 for "Bal au Moulin de la Galette." Toward the end of his career, he made another shift, using thick brush strokes and bold colors, often reds and oranges. The female nude continued to be a favorite subject. Renoir depicted details of his scenes with freely brushed areas of color that connected his figures to their surroundings.

Renoir inspired many artists, among them Van Gogh, Henri Matisse and Pablo Picasso.

Girl with Watering Can

Young Girls at the Piano